A prominent advocate and investor, a highly emotional and important topic that moved several lions to tears at once, and promising initial results: ichó's training system, which is supposed to help dementia patients at least delay the disease, really left no one cold during its appearance on "Die Höhle der Löwen". In the end, however, there wasn't even an offer, let alone a deal. What didn't fit? 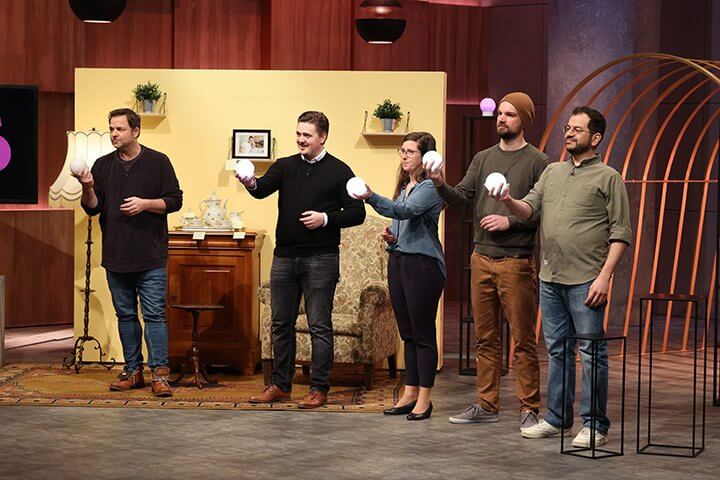 Even the beginning was very unusual, because it was not a founder but an investor who opened ichó’s pitch in the cave. TV dog trainer and author Martin Rütter made an appearance, because he has a special relationship to the topic the start-up is supposed to deal with due to his mother suffering from dementia. The celebrity has also invested in the start-up, which makes the entire constellation something special.

For other start-ups, this may raise the question of whether they should take their old investors with them to talks for the next upcoming fundraising. This is indeed a sensitive topic, and as so often, the answer is: it depends.

Namely, on the one hand, the personality of the investor. A person outside the core team of founders – whether investor, important employee or other expert – should be available only as a contact person if at all possible, but under no circumstances should he or she direct the conversation too much. This could quickly give the impression that there is a „secret boss“ of the company who is not operationally active. It also makes the actual founders look unintentionally and often disproportionately weak. The roles should therefore be clearly distributed: The former investor is a supportive advisor, is available if the potential new investors have certain questions, but tries to stay in the background as much as possible and let the founders do the talking.

And this leads directly to the next question: why should existing investors be present at such a meeting at all? Or even more concretely: What specific questions might a new investor have for them?

In the case of „Die Höhle der Löwen“, Martin Rütter was heavily involved, had a personal connection to the topic and his mother had also participated in a corresponding report. Such strong advocacy naturally impresses.

In fact, it can also be important to take such an investor along to the interview if he has a correspondingly large number of shares. In this case, we don’t learn that specifically, but the start-up does disclose the rough structure of those involved in the company in response to Carsten Maschmeyer’s question: there are a total of 5 investors who are described as „strategic“. The founders still hold 64% together. If there is now an investor with, say, 20%, it can be important for new investors to talk to him or her more closely to see who has so much influence.

When the cap table was opened, Nils Glagau dropped out because it seemed too confusing to him. In fact, this kind of thing doesn’t happen so rarely and is absolutely understandable. Because every participant, every person more in the shareholders‘ meeting, could represent a risk when the going gets tough and an important decision has to be made. This is because all shareholders must be invited to a shareholders‘ meeting within a certain period of time. However, if the issue is too urgent for that, all must agree to the invitation without form or notice. If even one shareholder is not reached, it does not matter if he or she holds only 1%: all resolutions passed in this way are not valid. The risk of this increases with the number of shareholders, and this cannot be argued away.

In fact, the signal word „strategic“ may not have been so cleverly chosen. Because everyone understands something different about a strategic investor. Many founders only want to express that their investors bring some kind of advantage apart from the money, but for investors it can also mean in extreme cases: Someone else is interfering, someone may have their own agenda. In fact, there are several such terms in the start-up world that could mean different things to different people, so if you are not quite sure, you should be a bit careful with such adjectives.

All in all, the lions cited various reasons for quitting, a big one being the high degree of uncertainty, because there were no studies of their own yet and the planned path to having the costs covered by the health insurance companies is usually incredibly long. All those involved also agreed that the young company would need a lot more money, but exactly how much was still difficult to estimate because of the uncertainty factors. In the end, Carsten Maschmeyer was not quite convinced by the team composition, especially the medical expertise was lacking here.

So in the end ichó had to leave the studio without an offer, and it became apparent once again that although emotions and the sense behind a start-up project can ensure a lot of praise and undivided attention, any deviation from clear planning, detailed risk management and a clear cap table must be well argued here too.

Like the lions, however, one can only wish the team and its investors that the topic continues to receive the attention and support it deserves.