When investors are really impressed by a founder, the phrase "That's a good founder" often comes up. But what exactly do they mean by that, and, more importantly, how do you get them to talk like that about you? 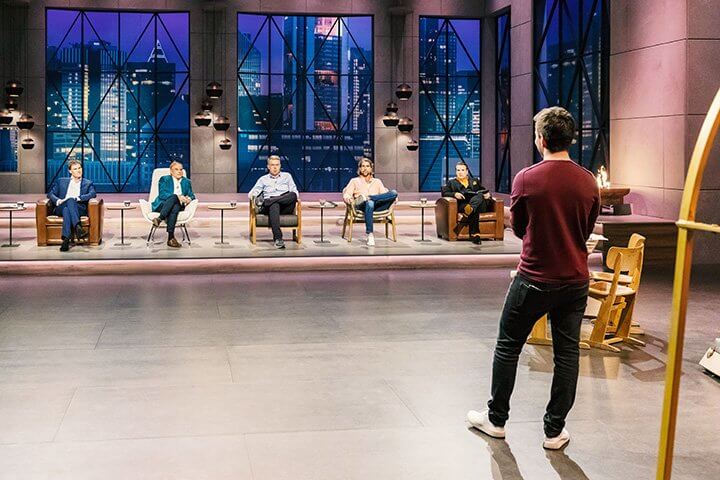 Skills4Schools founder Rubin Lind embodies one of Eric Ries’ (“Lean Startup”) most important pieces of start-up wisdom: “Entrepreneurs are everywhere”. In Rubin’s case, at the beginning of his entrepreneurial journey, he was still at school. But the now 19-year-old has a few things ahead of the other, usually older start-up CEOs, something that not only the lions, but even Ries himself would certainly be thrilled about.

The Lean Startup principles are the programme at Skills4School: Not only did CEO Rubin Lind launch the company as a 17-year-old schoolboy, proving once again that entrepreneurs can be found everywhere. The young founder, who has built up a really exciting company with his team, also scores in other areas. Because as much as it is often romanticised: Entrepreneurship is not only motivation, passion and the famous “burning” for a topic or a solution. It is also structured, disciplined work, especially with numbers. Even if that doesn’t sound as exciting as the speeches about motivation and seemingly tireless founders.

Because when investors are really impressed by a founder, the phrase “That’s a good founder” often is heard. But what exactly do they mean by that and, more importantly, how do you get them to talk about you like that? Because this sentence is often even like a code from one investor to another, meaning something like: “I think we invest” or at least “Even if phase/round size etc. don’t quite fit, if it fits with you, I can completely recommend this case to you”. So it almost seems as if the financing round is already a whole step closer with this predicate.

In general, as is so often the case with such titles, it is made up of a whole range of characteristics and factors, so a clear definition does not exist. However, it is fair to say that certain things are always included, and of course “soft” qualities such as motivation and passion for what the company does are also part of this. It is often seen as even more preferable if the story of the founding is practically based on the founder’s own problem-solving, i.e. the founder practically recognised a problem or even had one himself and was determined to solve it. As in Rubin’s case, who was annoyed by the fact that there was no modern, simple and, above all, mobile solution for learning school material and then decided without further ado to develop one himself. If, as in Rubin’s case, the founder is also a member of the core target group, this also reduces the risk of not meeting the customer’s needs.

But for investors, the hard facts also count: Do the founders have their company “under control”, i.e. do they know all the important key figures and what they mean? Can they assess where there is potential or even a need for improvement in the short, medium and long term and do they have a plan for this? In Rubin’s case, everything was just right: no matter whether it was sales figures and growth, user behaviour in the app and the corresponding activity figures, or the important fact that parents have to be addressed as paying customers for the most part: the facts and figures were correct and, properly integrated into the overall argumentation structure. This was also well received by the investors. Even if the figures themselves are not perfect (because they never really are), what counts are the arguments and the solution strategies. Because even if there were still one or two points of discussion regarding Skills4School, it quickly became clear that the lions agreed that they had a “good founder” in front of them.

Because the mixture of motivation and passion, but also the mastery of facts and the ability to distinguish the important from the less important and to see key figures not only as individual values to be optimised, but always to be able to embed them in the overall context and never lose sight of the big picture, is what makes a good founder. And then even a valuation discussion with the lions can lead to a good ending, into which they probably wouldn’t have entered otherwise.