It is a widespread misconception that investors only want to see "perfect" figures and otherwise do not invest. When negotiating with investors, it is much more important as a founder to show that you have your company under control. 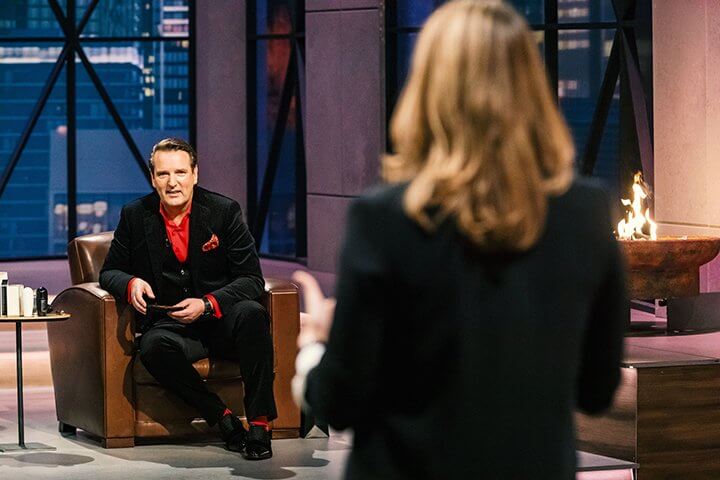 If the company’s figures do not show a smooth market launch and growth, many founders worry that they will receive harsh criticism instead of the deal they had hoped for. But especially when not everything in the company’s history has always gone smoothly, this can even underpin the founder’s strengths, as in the case of 30-year-old Sümmeyya Bach.

It is a widespread misconception that investors only want to see “perfect” figures and otherwise do not invest. Apart from the fact that hardly any start-up can present a flawless “hockey stick” in sales growth, this is often not even possible in early phases. When it comes to a product like Soummé, for example, only a certain batch size can ever be pre-produced. This has to be pre-financed together with packaging and shipping, so that the number of units that can be sold afterwards is always limited in some way. Should the demand then actually be overwhelmingly high, you can often calculate that you won’t be able to cover it completely for a certain time just because of the production times. Depending on the margin, production price, strength of economies of scale and other factors, this problem is then more or less pronounced. If any other problem is added to this, it can quickly lead to a sharp drop in sales, which can hardly be planned or foreseen.

And only extremely rarely does everything really go smoothly. In Sümmeyya’s case, it was the bottles that suddenly appeared to leak. Such a problem can quickly lead to negative product reviews, drops in recommendation rates and, above all, complaints, which can result in high sales losses, and in the latter case, even additional costs. In this case, however, the return rate remained below 1% despite the problematic bottles that were unpleasant for customers to handle, which is truly astonishing. Most of the customers’ feedback was that they were annoyed by the leaking bottles but felt compensated by the product itself.

Of course, this problem led to an unattractive loss of sales, but it only emphasised the product market fit: Because the novel anti-transpirant, which finally provided relief for those affected by hyperhidrosis (pathological sweating) without attacking or irritating the skin, was obviously such a great relief for those affected that they no longer wanted to do without it once they had tried it. It could hardly have been much more clearly demonstrated that the product solves a real problem for customers.

The fact that there were occasional delivery bottlenecks and that not all the key figures in online sales looked perfect is also quite understandable for a single founder. In any case, it is incredibly impressive that the founder, who was actually completely unfamiliar with the subject, acquired all the knowledge herself in order to be able to develop the product, and then also raised everything else herself and brought the company to an annual turnover of over 300,000 euros – again, all by herself. In addition, the founder also has precise and comprehensible plans on how these “weaknesses” can be quickly remedied with the fresh capital from investors.

Because as a founder, it is much more important to show that you have your company under control than to always be able to present perfect figures when negotiating with investors. Even if you can’t be everywhere at once and haven’t yet been able to optimise every aspect. ‘Being in control’ means knowing exactly what is going well and what is not going so well, the reasons for that and developing appropriate measures, as well as prioritising them. And this is precisely where Sümmeyya has shown how strong as a founder she actually is.

Because if everything goes smoothly, the founders may not have made any major mistakes, but it could simply have been a good dose of luck. The real strength of founders – and sometimes, as in this case, of the corresponding product – only becomes apparent when problems arise. And since investors know that never everything will work out perfectly, founders who have mastered problematic situations are very popular with them. Coupled with a proven strong product, even lions are happy to be convinced.