Founders often think that if they don't get investment, they did something "wrong" in the pitch or in the negotiation. But as the case of Primoza with its “growing calendar” shows, this is not necessarily the case, because sometimes it just doesn't fit. For one it might be the sales channels, for another the topic itself. But what else could be behind the reasons for rejection? 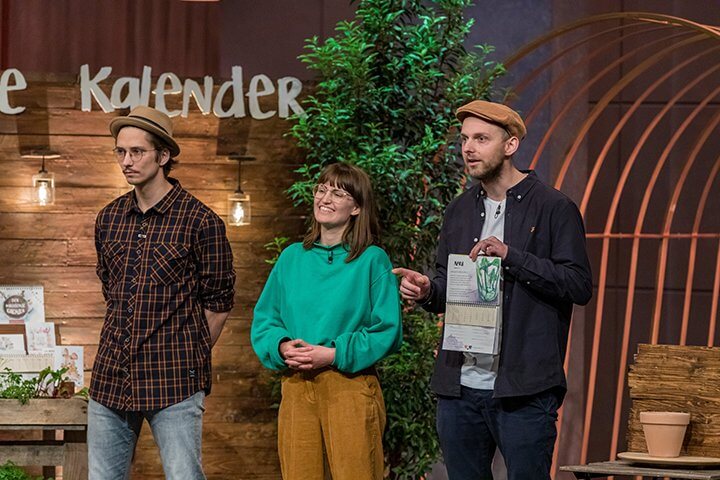 Many viewers were probably surprised when the three founders of Primoza, who wanted to win a new investor with their “growing calendar” in “Die Höhle der Löwen”, were not successful. Although they received praise from each of the lions, in the end they did not even receive a deal offer. And that was despite the fact that their evaluation – often one of the most critical points – was even considered fair.

The theme was also very well received: Calendars whose leaves you don’t throw away but plant, and from which then new plants grow. The huge trend of “home gardening” was thought of in a completely different way. This received a lot of recognition, because it is well known that the lions love business models with a strong sustainability aspect.

But one after the other, they dropped out. Ralf Dümmel’s explanation, in particular, was very number-heavy: the valuation would be fair given what had been achieved so far, but he saw the topic as difficult to market in retail and would therefore need considerably more shares. However, he did not think it made sense to enter into negotiations for those reasons, or did not want to.

The founders offered 7.5% for € 300,000, a post-money valuation of € 4 million. Against the background of the 2 million already earned and the plan of 4 million turnover in 2021, this did not receive any criticism.
But Ralf Dümmel had already asked about the situation in retail. The founders had to admit that the product is not easy to sell, as the USP of the seeds it contains is very difficult to communicate to the end customer when you are standing on the shelf among many other calendars.

This was probably also what “Mr. Regal” of the Founders’ Show meant when he said that it would take some effort to place the product successfully in retail. The 7.5% offered was too little for him, but with a valuation that was already fair, he probably didn’t want to correct it too much downwards with his offer. But why didn’t he “simply” offer more money? For example, if he offered 600,000 € for 15%, one would end up with the same valuation. But maybe 15% would still have been too little and the necessary investment sum would have been outside his sweet spot at some point. It could also be that he simply did not see a higher investment sum as suitable for the case, as the main aim was to establish the trade as a large distribution channel for the growing calendar. The company seemed to be profitable already and did not need such a large financial injection. So something about the overall constellation didn’t fit here, a sensible meeting point for both sides was not in sight.

Dr. Georg Kofler dropped out because home gardening is not at all his thing, a reason for refusal that can of course always happen with a person making investment decisions. Of course they have any right to do so, but apart from research there is not so much a founder can do to prepare for that.

Carsten Maschmeyer, on the other hand, was not satisfied with the innovative strength, a factor he probably tried to assess in advance with his repeated enquiries about the expertise or focus of the founders.

Finally, Judith Williams’ and Nils Glagau’s reasons were quite similar: although they thought the topic and the founders were great, they assessed their own enthusiasm for the topic as much weaker than that of the founders. The founders also emphasised that they wanted someone who was as enthusiastic about this topic as they were. Especially with such a topic, this is of course very understandable. But on the other hand, this attitude can also make things unnecessarily difficult or even scare some investors away: what helps to bound with private investors can be somewhat difficult with venture capitalists or even strategic investors. Because the larger the portfolio, the more an investor naturally has to divide his or her own energy. A company that is already relatively far along, albeit with rather limited distribution channels (as in this case mainly Christmas markets), needs a relatively large amount of it to really be able to take the next big step in growth.

So it almost seems as if the likeable founders had a hard time from the beginning, just because of the structure of their company, their phase and the necessary steps for the next big growth step. Not needing so much money can even be a hindrance in such a special case.

All the more reason to hope that they will succeed on their own, as the lions discussed afterwards.